He had complained of abdominal pains and was transferred to a hospital, where he died on Monday, Chamorro said.

Benitez, who was top scorer in the Mexican league last season with Club America, had just signed for Qatari outfit El-Jaish and had travelled to the club to undergo a medical before completing his move.

El-Jaish said in a statement that Benitez played on Sunday with the team in a match against Qatar Sports Club in the Sheikh Jassem Cup "without complaining of any health problems."

"His sudden departure is a big shock for each member of the technical and administrative staff. He was a player that over the short period he was here was regarded for his high moral character," it said.

The club did not give a cause for the death.

Ecuador's interior minister Jose Serrano took to Twitter to pay tribute to the player, who also turned out for English side Birmingham City for one season.

"Dear Chucho thank you for your goals and your happiness," said the minister.

"A hug to your family and especially to your father."

Benitez was considered a key part of Colombian coach Reinaldo Rueda's Ecuador team that is hoping to qualify for next year's World Cup in Brazil, sitting third in the South American qualifying group.

His former team-mate at Birmingham City, former Republic of Ireland midfielder Lee Carsley told BBC Sport: "I remember he had outstanding ability, was very quick and was a bit of a free spirit. "He had a big personality and he burst on to the scene when he came on at Old Trafford and caused lots of problems. His ability and goalscoring ability was there to see," he said.

"Can't believe Christian Benitez aka chucho has died," he wrote.

"Had the pleasure to play with him he was a top bloke. My thoughts go out to his family," he added.
Share
Next on Sport24
Liverpool lay down Premier League marker in Arsenal win 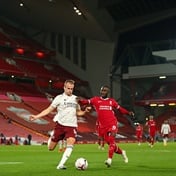