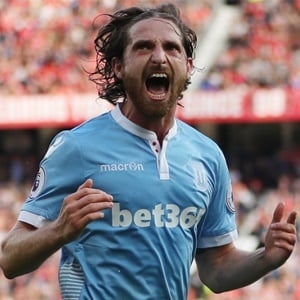 Cape Town - Stoke moved up to 15th place in the table after beating fellow strugglers West Brom 3-1 in their Premier League clash at the Bet365 Stadium on Saturday.

Out-of-sorts Salomon Rondon missed a couple of chances before pulling one back in the 51st minute, but it wasn't enough to earn Alan Pardew's side anything from the encounter as Ramadan Sobhi made it 3-1 at the death.

Both teams came into the fixture desperate for three points and fighting at the wrong end of the table.

But the home supporters' nerves were eased in the 19th minute when Allen bagged his first goal since February, the midfielder tapping in a drilled cross at the far post from Peter Crouch.

Rondon missed a couple of clear-cut chances to get tyhe Baggies level but the out-of-form forward scuffed his efforts high and wide of Jack Butland's net.

Albion were punished for inefficiency in front of goal on the stroke of half-time when Choupo-Moting got on the end of a lovely ball from Allen before showing great composure to slot past a dejected Ben Foster in goal.

However, five minutes into the second half Rondon finally got onto the scoresheet, with Chris Brunt supplying the through-ball into the path of the Venezuelan to slide past an onrushing Butland.

Johnny Evans and Jay Rodriguez went close to levelling the scores for Alan Pardew's side but the hosts rode their luck before second-half substitute Sobhi wrapped up the points in the 95th minute.

We live in a world where facts and fiction get blurred
In times of uncertainty you need journalism you can trust. For only R75 per month, you have access to a world of in-depth analyses, investigative journalism, top opinions and a range of features. Journalism strengthens democracy. Invest in the future today.
Subscribe to News24
Related Links
Southampton held to draw at St Mary's
Ayew rescues point for struggling Swansea
Newcastle oust West Ham in five-goal thriller
Next on Sport24
Manchester United must rediscover spark in derby - Ole Gunnar Solskjaer