Back to basics working for Everton, says Rooney

Cape Town - Wayne Rooney said doing things the simple way has been behind Everton's resurgence under Sam Allardyce, after the Toffees came back from a goal down to beat Swansea City in the Premier League.

Rooney scored from the spot after missing an earlier penalty to seal a 3-1 victory at Goodison Park on Monday night.

Leroy Fer opened the scoring for the Swans before Dominic Calvert-Lewin slotted in the rebound from Rooney’s missed spot kick.

Gylfi Sigurdsson and Rooney then netted as Everton sealed a fourth win in five league games since Sam Allardyce took over from Ronald Koeman.

After moving up to ninth in the table, Rooney praised his new boss for turning things around.

"We showed great character to come back - four weeks ago we would have lost that game.

"We're moving in the right direction and hopefully over Christmas we can pick up some more points.

"I think the manager has got us back to basics.

"There were small things we were doing wrong in the first part of the season. If we went behind, we had a feeling we couldn't get back into it.

"[We are] staying solid, staying in the game, then trying to express ourselves. That's what we've worked on at the training ground."

We live in a world where facts and fiction get blurred
In times of uncertainty you need journalism you can trust. For only R75 per month, you have access to a world of in-depth analyses, investigative journalism, top opinions and a range of features. Journalism strengthens democracy. Invest in the future today.
Subscribe to News24
Related Links
Community service is 'relaxing' says Rooney
Exciting Everton trio sign new deals
Allardyce: Barkley future out of my hands
Next on Sport24
Leeds boss Bielsa slams regionalised return of football fans 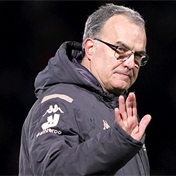