Blues bounce back against Spurs 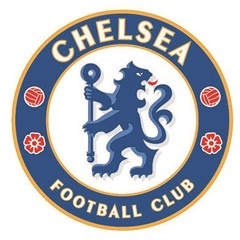 London - Chelsea extended their 26-year unbeaten run against Tottenham Hotspur at Stamford Bridge by recovering from a goal down to beat their London rivals 2-1 in the Premier League on Saturday.

Spurs showed no signs of fatigue from their Champions League game against Monaco in the middle of the week and burst out of the blocks, surprising Chelsea with an aggressive high pressing line.

The hosts struggled to maintain possession and Spurs thought they had grabbed an early lead after Harry Kane had the ball in the back of the net from a Christian Eriksen free kick, but it was correctly ruled out for offside.

A clearly shell-shocked Blues outfit then found themselves behind five minutes later when Eriksen hit a wonderful left-footed half volley from outside the box to beat Thibaut Courtois for the first time in more than 600 minutes of Premier League football and put the visitors 1-0 up in the 11th minute.

The Dane was clearly in the mood and had another crack from long range moments later, but this time Gary Cahill was able to get across and block the shot.

South Korean playmaker Son Heung-min then got in on the act with his own speculative long-range effort, but the shot was poor and flew high and wide. The intention from Spurs was clear – they were doing everything to not allow the home side into the game.

Kyle Walker then burst down the right flank with a silky solo run before smashing a shot towards goal, but Courtois was up to the challenge this time.

The Belgium international had to be at his best moments later, tipping over a powerful Kane strike after the English striker showed his skill to skin two Chelsea defenders.

However, the visitors were unable to keep up the intensity and began to tire towards the end of the first half.

The Blues took full advantage, with Pedro showing a lovely piece of skill to create space for a shot just outside the area and curled a magnificent strike around the diving Hugo Lloris to draw Chelsea level on the stroke of half time.

Spurred on by the equalising goal, the hosts continued where they left off after the break with Diego Costa teeing up Victor Moses in the 51st minute, and the Nigeria international made no mistake with a simple tap-in to put Chelsea 2-1 up.

Moments later, it should have been three, with Costa again causing havoc among the Spurs defence before squaring the ball for Marcos Alonso, but it was on his unfavoured right boot and he skied he shot well over the bar.

The visitors finally managed to start finding a way back into the game, with Harry Kane brushing off a challenge from Cesar Azpilicueta before pulling the ball back for Eriksen, but it was an awkward pass and the Dane did well to get a weak volley on target and it was easily saved by Courtois.

Ultimately, though, the home side’s ­defence was able to hold firm and, while they may be disappointed to have conceded their first goal in seven league games, they will be delighted to have picked up their seventh win in a row.

We live in a world where facts and fiction get blurred
In times of uncertainty you need journalism you can trust. For 14 free days, you can have access to a world of in-depth analyses, investigative journalism, top opinions and a range of features. Journalism strengthens democracy. Invest in the future today. Thereafter you will be billed R75 per month. You can cancel anytime and if you cancel within 14 days you won't be billed.
Subscribe to News24
Next on Sport24
Klopp named Premier League manager of the year