Brighton - Burnley wasted their chance to break into the Premier League's top four and Brighton's Glenn Murray missed a first-half penalty in a 0-0 draw on Saturday.

Murray was taken down by James Tarkowski in the box. He got up to send his attempt clear over the crossbar in the 36th minute in Brighton's best chance at claiming their first victory since November 4.

Burnley's Chris Wood, who spent the 2010-11 season on loan at Brighton, appeared to have scored in the 61st minute, but his goal - a rebound after an attempt by Scott Arfield - was disallowed as he was ruled to have been offside.

Brighton ended a three-game losing streak in the league to stay 13th with 18 points from 18 games.

The meeting was the first between the two sides in England's top flight.

We live in a world where facts and fiction get blurred
In times of uncertainty you need journalism you can trust. For only R75 per month, you have access to a world of in-depth analyses, investigative journalism, top opinions and a range of features. Journalism strengthens democracy. Invest in the future today.
Subscribe to News24
Related Links
Ozil gem gets Arsenal back on track
WRAP: English Premiership
Benteke ends 14-game goal drought
Next on Sport24
Aguero won't be rushed back, says Man City boss Guardiola 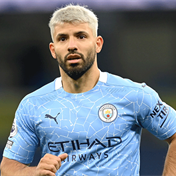