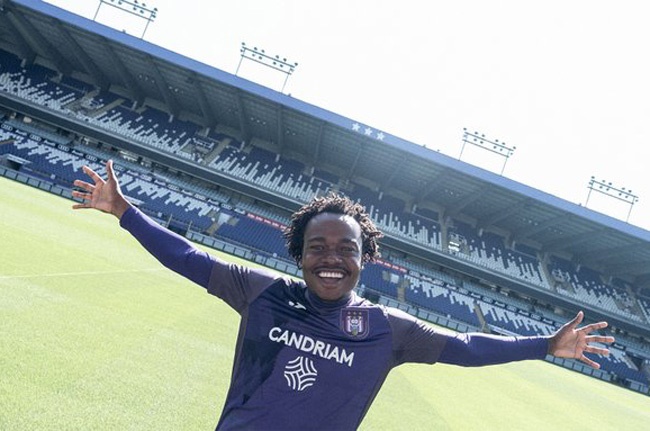 Brighton & Hove Albion manager Graham Potter on Thursday tipped Bafana Bafana star Percy Tau to make an immediate impact in the Premier League with the South African player looking set to feature in the FA Cup at the weekend.

Tau was recalled by the Premier League side after spending more than two years on loan in Belgium where he was directly involved in 43 goals (21 goals, 22 assists) in 79 appearances.

Speaking ahead of the Seagulls' Third Round FA Cup clash against Newport County, Potter revealed that Tau had impressed during his first training session at the club and hinted that he may feature at the weekend.

Potter said that the 26-year-old would be able to adapt quickly to his new surroundings and the rigours of the Premier League.

"I think it'll be quick, judging by what I saw today, Potter told the media. "He's a nice personality and fits in with the group well.

"His attributes are quite easy to fit around so I don't see a problem there.

"Obviously there are other players in the team as well, so there's competition for places which is what you'd expect in the Premier League.

"But that's good for us, we need that healthy competition."

Potter added that he was looking forward to working with the South African who excelled on loan in Belgium and confirmed that he will be included for Sunday's clash.

"He's had some really good experiences in Belgium and he wants to take the next step. It was his first day today and it's exciting for all of us. He's been training and playing in Belgium.

"He's in the group for Sunday.

"He's a left-footed attacking player who can play in numerous positions but essentially between the lines from the right with his left foot.

"He uses the ball well and attacks the goal and is able to play in small spaces while also on the counter-attack he is able to find passes or to dribble and drive with the ball.

"So he has attributes which are interesting and it's just a case of his settling into the team and finding the best way to use him."

Brighton travel to Newport on Sunday in the FA Cup.

We live in a world where facts and fiction get blurred
In times of uncertainty you need journalism you can trust. For only R75 per month, you have access to a world of in-depth analyses, investigative journalism, top opinions and a range of features. Journalism strengthens democracy. Invest in the future today.
Subscribe to News24
Related Links
Pitso Mosimane, SA football fraternity react as Percy Tau completes EPL move
Milan teams regroup as Roma, Juventus close gap in Serie A
Mauricio Pochettino looking for lift-off with PSG
Next on Sport24
Man Utd boss Solskjaer 'keeps in touch' with hotshot Haaland