Brighton's Amex stadium is the latest British sports venue to be turned into a coronavirus testing centre, the Premier League club confirmed on Sunday.

The Tottenham Hotspur stadium and the home of English rugby, Twickenham, have also been converted into drive-through testing facilities as part of the British government's effort to increase testing for thousands more National Health Service (NHS) staff and other key workers.

"The centre was scheduled to see more than 50 NHS frontline workers on Saturday afternoon, and they will have the results of their tests within 48 hours. Within a few days, the site should reach its capacity of up to 1,000 tests a day," said Brighton chief executive Paul Barber.

"We have committed to do everything we can to assist the NHS and other key workers in this crisis.

"We have already opened up the doors of the training ground, as well as the stadium, to be used by the NHS, emergency services and local authority for training, storage or whatever they feel it can be used for in the fight against this pandemic."

The UK government has come under increasing pressure to ramp up its testing capability to help control the spread of COVID-19.

Premier League matches have been suspended indefinitely due to the virus.

Even when games do return they are likely to be behind closed doors due to guidelines on social distancing.

The Premier League is examining proposals using a small number of neutral venues to play all the remaining 92 games of the season to minimise the number of medical, media and security personnel needed.

That would free up those stadiums being utilised for services to help fight the virus to fulfil that need for a longer period.

Testing is also likely to hold the key to whether the Premier League season can be completed at all.

Until widespread testing is available to the public, league officials are wary of draining resources by testing players with the aim of clearing them to return to action. 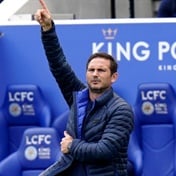