Burnley on the up as Westwood's late strike stuns Leicester Burnley - Sean Dyche claimed Burnley had silenced the doubters after they fought back to boost their bid for Premier League survival with a 2-1 win over Leicester City on Sunday.

Dyche's side trailed to a first half goal from Burnley-born Harvey Barnes at Turf Moor.

Burnley's impressive revival was completed 11 minutes from full-time when Ashley Westwood fired home to end their run of four successive league defeats and move them five points clear of the bottom three.

It was the perfect way to mark Dyche's 300th game as Burnley boss after seven defeats from their previous nine games had plunged them into the relegation battle.

"We had some question marks around us recently, which is kind of a backhanded compliment. There was a big sign of moving forward with that performance," Dyche said.

"We know what we are about and we reminded the group of that this week. But there was good play today.

"We asked different questions. The performance was important to me as a manager not just the win."

Leicester's surprise home defeat against Southampton last weekend knocked them out of second place and this was another setback for Brendan Rodgers' suddenly spluttering team.

The Foxes remain third despite a fourth loss in their last six league matches.

"We had opportunities and their keeper makes a number of great saves. The real disappointment is the second goal we concede. He had more desire to go score than we had to track the run," Rodgers said.

"We just need to work hard. There is no magic formula. We showed tiredness over Christmas. We were better today in our game but still we have to improve."

Leicester's cause wasn't helped by the absence of rested England left-back Ben Chilwell amid talk of a potential move to Chelsea during the January transfer window.

Burnley's effort couldn't be faulted but at first they lacked composure in the final third and Leicester took the lead in the 33rd minute.

With Burnley appealing in vain for a foul by Dennis Praet on Jack Cork, Leicester stole possession and Barnes raced into the penalty area.

Vardy cleverly made a run that distracted James Tarkowski and Barnes stepped past Ben Mee to drill a cool finish under Pope for his third goal of the season.

Wood couldn't finish off Cork's tempting cross as Burnley failed to score a first half goal in 11 successive league games.

Vardy nearly doubled Leicester's lead soon after the interval with a stinging strike following a vibrant attack from the visitors.

But Burnley kept plugging away and Wood headed over from a good position six yards out.

It was a warning Leicester failed to heed and New Zealand striker Wood made them pay in the 56th minute when he tapped in his ninth league goal of the season after Kasper Schmeichel pushed Mee's header into his path.

Rodgers' side had a golden opportunity to retake the lead when Mee's foul on Barnes gave them a penalty.

Vardy stepped up to take it after a lengthy VAR check, but Pope dived to his left to make a fine save.

Vardy's misses proved fatal as Burnley won it in the 79th minute. 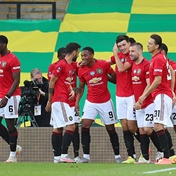