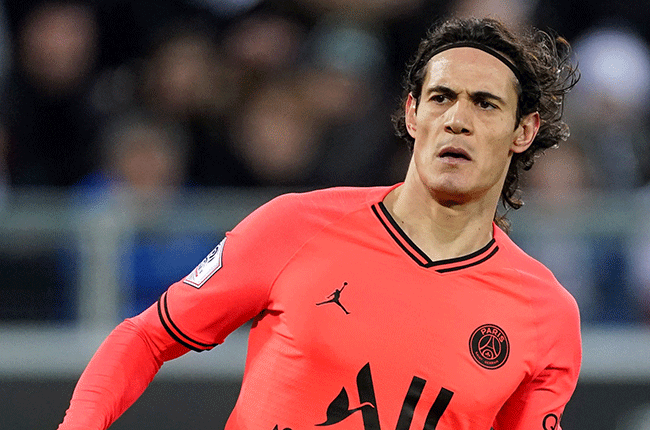 Marcus Rashford insists Edinson Cavani will prove a valuable addition for Manchester United after the veteran Uruguay striker swapped life on the farm for the Old Trafford spotlight.

The 33-year-old missed Saturday's 4-1 victory at Newcastle -- United's first match since his signing -- after going into quarantine for 14 days following his arrival in England.

He was not part of Ole Gunnar Solskjaer's squad for their Champions League group game against his former club Paris Saint-Germain on Tuesday.

But when Cavani is finally available, he is sure to find himself the centre of attention.

Cavani scored 200 goals in seven years with PSG, but he left the Ligue 1 champions in June after a contract dispute, missing their run to the Champions League final.

His age and lack of recent action -- he hasn't played since PSG's Champions League win over Borussia Dortmund in March -- prompted some United fans to label Cavani a panic buy after their failure to land Borussia Dortmund forward Jadon Sancho.

Cavani spent the last few months shearing sheep on his farm back home in Uruguay and indulging his unlikely passion for ballet -- even featuring in an advert for a Montevideo dance school.

But, while he relishes his quiet life away from football and could easily have slipped into retirement, Cavani's love affair with the game was strong enough to persuade him to accept a new challenge with United, regardless of what the critics say.

"I had a lot of different opportunities, I was excited to play in the Premier League and even more so for Manchester United," Cavani said.

"I am very motivated because I always want to play as much as possible, work, train and give the best of myself."

Cavani and his girlfriend contracted Covid-19 over a month ago after a holiday in Ibiza, but he is recovered and ready to add his experience and predatory instincts to a young United team in need of guidance.

While their free-scoring victory at Newcastle suggested United already have enough attacking talent, the truth is Rashford, Mason Greenwood and Daniel James are all still relatively raw, capable of excellence and head-scratching inconsistency in equal measure.

Rashford hopes Cavani can emulate the impact made by Zlatan Ibrahimovic, who joined the club in 2016 having left PSG as a free agent.

Ibrahimovic, who was also in his 30s during his time at Old Trafford, bagged four goals in his first five United appearances and finished with 28 in his debut season as his talismanic presence took the pressure off his team-mates.

"As a forward line it is something to look forward to," Rashford told Sky Sports.

"Hopefully he comes in and scores goals, because he can definitely help us win games and points. He can be a massive player for us this season.

"To win two or three trophies in a season you need a squad, it's not possible if you don't have people who can score goals one week and the next week.

"Growing up, United always had four or five forwards who could score goals at any time. The closer we get to that, the more strength we'll have."

We live in a world where facts and fiction get blurred
In times of uncertainty you need journalism you can trust. For only R75 per month, you have access to a world of in-depth analyses, investigative journalism, top opinions and a range of features. Journalism strengthens democracy. Invest in the future today.
Subscribe to News24
Related Links
WRAP | English Premiership
'No chance' of George Maluleka leaving Sundowns as agent refutes exit rumours
Klopp promises to wait on Van Dijk like a 'good wife'
Next on Sport24
Best of the weekend's soccer action: Royal AM slay Chiefs, Liverpool and Chelsea make statements