Cheap as chips as Swansea boss expects 'sardines not lobster' 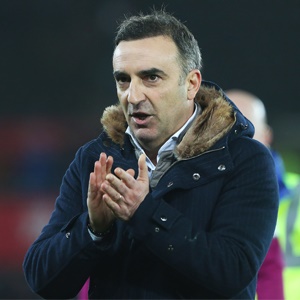 London - Swansea boss Carlos Carvalhal admitted Thursday that the harsh financial realities of propping up the Premier League will mean he'll be buying "sardines and not lobster" in the transfer window.

The Welsh club face runaway second-tier Championship leaders Wolves in the FA Cup at the weekend.

"We have money for sardines and I'm thinking lobster," Carvalhal said ahead of Saturday's third round trip to Wolverhampton.

"I will do my best to try and bring in the best players. I will look to the lobsters and sea bass, but if not we must buy sardines. But sometimes the sardines can win games."

We live in a world where facts and fiction get blurred
In times of uncertainty you need journalism you can trust. For only R75 per month, you have access to a world of in-depth analyses, investigative journalism, top opinions and a range of features. Journalism strengthens democracy. Invest in the future today.
Subscribe to News24
Related Links
FA asks Wenger to explain referee comments
Wilshere in 'best shape ever' thanks to new diet
PSG relishing prospect of Madrid showdown
Next on Sport24
Liverpool frustrated by VAR as Brighton snatch late equaliser