A red card for midfielder Tiemoue Bakayoko after a less-than impressive first 30 minutes left the Stamford Bridge outfit up against it and although Eden Hazard equalised with eight minutes to go, late goals from Daryl Janmaat, Gerard Deulofeu and Roberto Pereyra gave Watford a famous win

The defeat at Vicarage Road was the defending champion’s second successive loss by a three-goal margin and leaves them in fourth place, six points adrift of Manchester United in second place and a whopping 19 points behind leaders Manchester City.

It also piled the pressure on an already beleaguered Conte.

Rumours suggested that the Italian would be sacked if Chelsea lost to Watford, with former Barcelona manager Luis Enrique and Napoli’s Maurizio Sarri touted as a potential replacements.

Speaking to reporters after the match, Conte appeared to blame himself for the loss and then seemingly challenged the club’s hierarchy to sack him.

"I tried to warn everyone about the difficulty of our path in the league and Champions League. We performed very bad but maybe I made the mistakes with the starting XI today,” he said.

"My choice was very poor I think. It was very difficult to change something tonight.

"My position? It is the same. I stay here, try to work and put all myself in the work.

"I work - if this is enough it is, OK. Otherwise the club has to take another decision."

Related Links
Watford thrashing piles pressure on Chelsea boss Conte
Conte seeking assurances over Blues future
Conte still confident in his ability at Chelsea
Share
Next on Sport24
Lampard: 'Ruben Loftus-Cheek will be like a new signing next season' 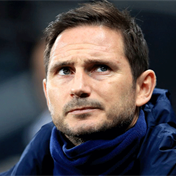