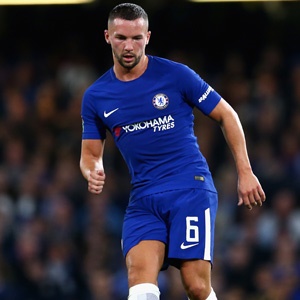 London - Danny Drinkwater has joined Aston Villa on loan from Chelsea for the rest of the season in a bid to revive his flagging career, the Villa Park club announced on Tuesday.

The 29-year-old midfielder, capped three times by England, moves to Villa after an unsuccessful loan spell with Burnley, for whom he made just two appearances since joining them at the beginning of the season.

His career has taken a downward spiral since he moved from Leicester to Chelsea in 2017, playing just 23 times for the club in all competitions.

But Aston Villa manager Dean Smith believes Drinkwater can recapture the form that made him a pivotal figure in Leicester's fairytale 2016 Premier League title win.

"Danny was a key member of Leicester City's title-winning team and has represented England, so he is a vastly experienced player," said Smith. "He will strengthen our squad significantly."

Drinkwater, whose first test may come when fourth-from-bottom Villa host defending champions Manchester City on Sunday, has had his problems off the field too.

He was banned from driving for 20 months last year after admitting to drink driving and he was sidelined for a spell earlier this season after suffering ankle damage during an incident at a Manchester nightclub.