London - Christian Eriksen said he wanted to "try something new" in an emotional letter tweeted to Tottenham's fans on Wednesday following his move to Inter Milan.

Eriksen ended his six-and-a-half-year spell with the north London club on Tuesday after completing a £17 million move to Italy.

The Danish international was a key part of the side that reached last season's Champions League final and finished in the top four of the Premier League for the past four seasons under Mauricio Pochettino.

However, his departure has been a drawn-out process as he stated his desire to leave at the end of last season and left with less than six months to go on his contract, allowing Inter to secure his services for a cut-price fee.

"I have so many unbelievable memories over the last 6.5 years I was at Spurs," wrote the 27-year-old in a post on Twitter.

"I enjoyed being at the training ground every day and playing games in the stadium so much, but sometimes you just want to try something new."

"So, Spurs fans it has been a pleasure to play at your club and hopefully we meet again in the future."

Eriksen made 305 appearances for Spurs after joining from Ajax in 2013, scoring 69 goals.

The midfielder, who was used sparingly by both Pochettino and Jose Mourinho this season due to his contract standoff with Tottenham, was jeered at times by sections of the club's support.

He appeared to bid farewell to the supporters after a recent home defeat to Liverpool, handing his shirt to a fan.

"I didn't have time to say goodbye to everyone, even though I felt like I played a lot of games where everyone said and thought I would be gone the next day," Eriksen added.

Spurs announced on Tuesday they had triggered the option to turn Giovani Lo Celso's loan into a permanent deal.

The Argentine, seen as a natural replacement for Eriksen, signed from Real Betis for £27 million on a deal which runs through until 2025.

Eriksen could make his debut for Inter against Fiorentina at the San Siro in the quarter-finals of the Coppa Italia on Wednesday. 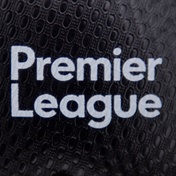