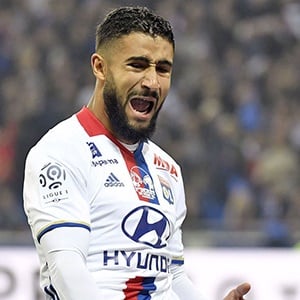 The France international looked to be on his way to the English Premier League giants in the summer, but negotiations between the two clubs collapsed along the way.

Reports had suggested that the player had already underwent his medicals and agreed personal terms and was only waiting for the two clubs to strike a deal.

The 25-year old forward missed the opening weekend of the new Ligue 1 season after his participation at the World Cup in Russia.

Genesio told journalist: "It is never easy accepting this kind of situation, when you are very near to signing for a club where you want to go.

"Where you want to reach another level and to give a boost to your career.

"But as I said, it could have been worse for him. He is at Lyon, at a strong club, he is captain of a team who plays in the Champions League.

"This could be a very important season for Nabil. I haven't seen any attitudes or signs that make me think he won't live up to his role the way he did last year."

Fekir is in line to make his start for Lyon against Strasbourg on Friday.

"Nabil is ready to start the match and to put in at least an hour of very high quality," added Genesio.

"It was better to take our time with him, even if we would have liked to have had him with us from the start of the season. He wasn't ready physically."