The Moroccan-born 20-year-old signed a three year contract for an undisclosed fee, with Huddersfield having the option to extend it by a year.

Sabiri caught the eye at the back-end of last season, scoring five goals in seven appearances for Nuremberg.

He joins a side enjoying its maiden campaign in the Premier League sitting just below leaders Manchester United - who have a superior goal difference - having won both their matches thus far.

The Terriers' German manager David Wagner - who worked with close friend and Liverpool handler Jurgen Klopp at Borussia Dortmund - said they had secured one of the most talented youngsters in German football.

"I'm very happy that we have been able to add Abdelhamid to our squad in this summer window," the 45-year-old told Huddersfield's website.

"He is one of the most exciting talents from the German leagues.

"We needed another natural 'number 10' in our squad and he gives us a good option in all the attacking midfield areas.

"Abdelhamid made a big impression in Germany with his performances for Nrnberg in the second-half of last season.

"The number of goals he has scored from his position is very impressive, which comes from good football intelligence."

We live in a world where facts and fiction get blurred
In times of uncertainty you need journalism you can trust. For only R75 per month, you have access to a world of in-depth analyses, investigative journalism, top opinions and a range of features. Journalism strengthens democracy. Invest in the future today.
Subscribe to News24
Related Links
Bilic targeting one more signing
Rooney quality under-valued, says Lineker
Seri coy over Barcelona talk
Next on Sport24
Harry Maguire confident Man United are back on track 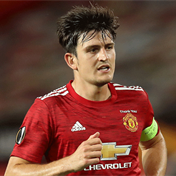