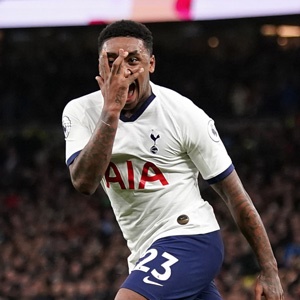 Tottenham have been boosted by the news that midfielder Steven Bergwijn's ankle injury recovery is ahead of schedule.

Spurs have had a nightmare on the injury front since the turn of the year, losing a number of key players including the likes of Harry Kane, Moussa Sissoko and Son Heung-min.

Bergwijn was also added to the list when picking up an ankle injury in the recent game against Burnley, much to the dismay of Spurs boss Jose Mourinho, who says he has never known an injury crisis like it.

The loss of Bergwijn was a big blow as the midfielder has impressed since arriving from PSV Eindhoven in the January transfer window.

He stood out on debut against Manchester City and was looking good until injury struck. Mourinho said at the time that he did not expect Bergwijn to play again this season, but following the coronavirus outbreak, the current campaign is up in the air.

With all fixtures on hold for now, maybe there is the chance the Dutch ace will play again if the season is extended.

Either way, Bergwijn has given a fitness update and thankfully for all concerned it is positive news as he looks to return to action stronger than before.

"At the moment I got the kick (at Burnley), I thought it was serious. I was in so much pain and that night, I couldn't sleep," Bergwijn told Tottenham's official website. "I'm making progress. I can walk now, so that's good news. It was bad, but we're making progress and I'll come back stronger."

Premier League football will not return until 30 April at the earliest and Bergwijn would not be ready then if it did, but there is the possibility he could play if the season extends into June and July, now that Euro 2020 has been put back a year.

Related Links
Uncertainty abounds as football's transfer industry grinds to a halt
Football grinds to a halt, but not in Australia
Italian legend Maldini tests positive for coronavirus
Share
Next on Sport24
Southampton sign Ghana defender Salisu from Valladolid