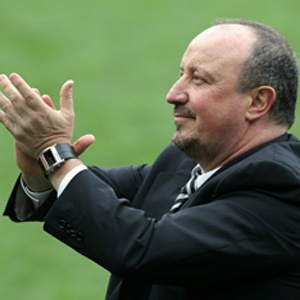 London - Newcastle United announced they had completed the signing of Japan forward Yoshinori Muto from Bundesliga club Mainz after he was granted a work permit on Thursday.

READ: Kovacic turns down United move, not a fan of Mourinho's tactics

Muto, who underwent a medical and agreed personal terms with the Magpies last week, has joined the Premier League club on a four-year deal.

The transfer fee is believed to be around £11 million.

"I am very happy to be a player for Newcastle United," the 26-year-old said. "I am really looking forward to playing in front of the fans.

"As the first Japanese Newcastle United player, I am honoured to be a player for such a big club."

Newcastle boss Rafael Benitez said the club had followed Muto for some time, praising his energy and work rate.

Mainz director of sport Rouven Schroeder said the club had respected the player's wish to play in the Premier League.

Muto is Newcastle's fifth signing of the transfer window following the arrivals of Martin Dubravka, Ki Sung-yueng and Fabian Schaer on permanent deals and the loan capture of Kenedy.

The player, capped 25 times for Japan, started out at hometown club FC Tokyo before moving to Mainz in 2015.

He appeared once for his country at the recent World Cup in Russia, in the team's 1-0 defeat to Poland.