Juventus to offer Bernardeschi to Man United in Pogba deal 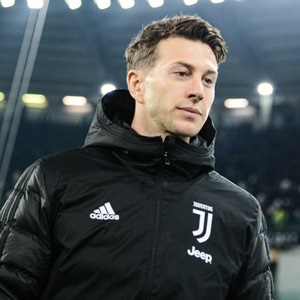 Juventus are reportedly willing to offer Federico Bernardeschi to Manchester United in order to facilitate Paul Pogba's return to the Italian giants.

The United midfielder Pogba has been heavily linked with a move away from Old Trafford since admitting he was ready for a "new challenge" last summer, however, he failed to secure a move to the likes of Real Madrid ahead of the current season.

Since then, he has managed just eight appearances in all competitions for the Red Devils due to injury and his time with the Premier League side has been plunged into further doubt.

Madrid continues to be linked with Pogba, however, Juventus, who sold him to United for a massive £89 million four years ago, are interested in re-signing the World Cup-winning midfielder when the next transfer window opens.

The price tag of the Frenchman is proving to be a problem for the Italian giants though, and reports emerging from Italian outlet Gazzetta dello Sport claim they are willing to use Bernardeschi as a makeweight in any potential deal as they look to bring Pogba's fee down.

The Italian winger, 26, joined Juve from Fiorentina for £36 million in July 2017 and has made 94 appearances for 'the Old Lady' so far, scoring nine goals and assisting a further 12.

But he has struggled to produce an end product in 2019/20, scoring only once in 24 games in all competitions, a run of form that could see his stay at the Allianz Stadium come to an end.

Despite that, Bernardeschi could prove to be a shrewd addition for Ole Gunnar Solskjaer should he decide to bring him in as he is able to cover a number of attacking positions and would add plenty of experience, having made over 200 professional league appearances and earned 24 caps on the international stage.

We live in a world where facts and fiction get blurred
In times of uncertainty you need journalism you can trust. For only R75 per month, you have access to a world of in-depth analyses, investigative journalism, top opinions and a range of features. Journalism strengthens democracy. Invest in the future today.
Subscribe to News24
Related Links
Spurs star Alli survives 'horrible' knifepoint burglary
Florida governor says all teams welcome
Swiss prosecutor in FIFA probe hauled before MPs
Next on Sport24
Solskjaer laments Man United's 'missed opportunity' after Liverpool draw