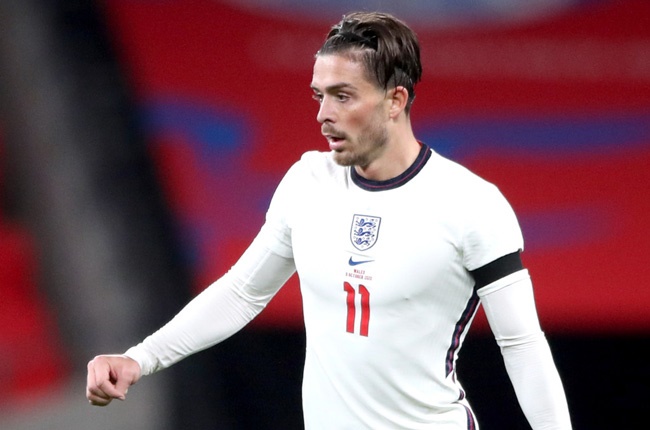 Roy Keane has praised Aston Villa star Jack Grealish after his performance for England on Sunday.

The Three Lions lost 2-0 to Belgium, who are ranked no.1 in the world, but Grealish was the best player on the pitch.

Keane says that Grealish has improved markedly in the last six months and it’s no surprise Manchester United were linked with the player.

The Red Devils though spent the majority of the last transfer window chasing the signature of England sensation Jadon Sancho.

Their pursuit ultimately ended in failure, with their long-time rumoured back-up option Grealish also staying put with his current club.

A fee rumoured to be in the region of £80m had been touted as required to secure his exit from Villa Park.

No such offer materialised, however, with Grealish reaffirming his loyalty to his boyhood club when putting pen to paper on a fresh contract in mid-September.

And he has gone from strength to strength at Villa Park and England boss Gareth Southgate has admitted he has climbed up the pecking order for England.

Keane worked with Grealish at Villa and it seems clear the former Man Utd captain is a big fan of the 25-year-old.

"He takes risks. What I love about Jack – and I worked with him at Aston Villa – is his courage," Keane told ITV, as cited by the Metro.

"Wanting the ball in tight areas, dealing with the ball, getting you up the pitch, winning free-kicks, courage, he’s quicker than you think.

"The way he’s improved over the past six months has been fantastic. We keep talking about England winning something or getting to the next level, I think they need a player like Jack to do that. He was outstanding."

We live in a world where facts and fiction get blurred
In times of uncertainty you need journalism you can trust. For only R75 per month, you have access to a world of in-depth analyses, investigative journalism, top opinions and a range of features. Journalism strengthens democracy. Invest in the future today.
Subscribe to News24
Related Links
Grealish earns rave reviews despite England's slump
Bafana Bafana clash against Sao Tome and Principe not to be televised
Arsenal a winner with UN in signing Climate Action Framework
Next on Sport24
Edinson Cavani could face disciplinary charge for using racial term on Instagram