The Reds ran riot at Anfield in their Premier League opener against a new-look Irons outfit as Sadio Mane netted a brace for the hosts while Mohamed Salah and Daniel Sturridge also found the back of the net.

However, Klopp was particularly chuffed with the shift his midfield trio put in and praised the energetic performance of former RB Leipzig dynamo Keita.

“Naby had six weeks' pre-season with us. Together with Millie (James Milner) and Gini (Georginio Wijnaldum), they had all of the pre-season. That's really good,” Klopp told the club's official website.

“You saw that helped a lot and helped him; organisation always helps. And in the moments when he gets the ball, you can see he is quite a nice footballer.

“What Gini and Millie did was quite impressive, I have to say. That's good, we need that.

“At the end it looks like 4-0 is quite comfortable but I'm pretty sure that all three midfielders - or at least these two - had to run 13km or more. You have to work really hard, so a game can look like that.

“The good thing is all our midfielders - Hendo (Jordan Henderson), Adam (Lallana) - all work. They accept the offensive line sometimes has not exactly the same desire to defend, so they close the gaps and help us with that.

“That makes their life a bit more uncomfortable but helps us in other situations.”

Liverpool travel to Selhurst Park on Monday, August 20 for their next Premier League clash against Crystal Palace. 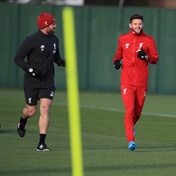