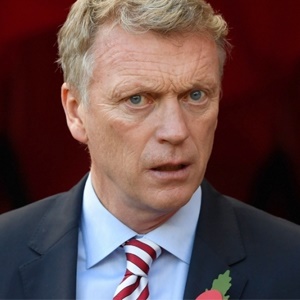 Leicester - Leicester City moved within touching distance of Premier League safety and piled more misery on Sunderland manager David Moyes with a 2-0 victory over the strugglers on Tuesday.

Craig Shakespeare now has five wins in five games as Leicester manager after substitute Islam Slimani and England striker Jamie Vardy struck in the second half.

And Shakespeare seemed to have the Midas touch as two of his substitutes combined to break the deadlock with Marc Albrighton crossing for Slimani's opener on 69 minutes.

Albrighton then came up trumps again when he teed up Vardy to score the decisive second and lift champions Leicester nine points clear of the drop zone.

But it was another bleak night for Moyes, whose week has been beset by controversy over his threat to slap a female reporter.

The former Manchester United boss was backed publicly by Sunderland hours before this game but defeat leaves his bottom of the table side seemingly doomed to relegation, lying eight points from safety with eight games left.

Leicester made the brighter start and had the first glimmer of a chance in the fourth minute.

Demarai Gray advanced down the left touchline and crossed to the near post, where Shinji Okazaki arrived following a well-timed run to fire wide.

The visitors had been under the cosh but they enjoyed a moment of encouragement when Didier N'Dong delivered a teasing cross from the right towards the head of Seb Larsson.

Leicester defender Danny Simpson had to make an important clearance at the far post to concede a corner.

But Jordan Pickford was needed again on 16 minutes when he made a one-handed save to prevent a Robert Huth header dipping in from a Riyad Mahrez free-kick.

Sunderland responded by winning a corner but it only brought a poor header by Jack Rodwell that flew well wide.

Moyes's side grew in confidence, though, and twice caused alarm for the hosts when a corner flashed across goal and bounced behind off Huth, then when Jermain Defoe saw a long-range effort deflect wide.

Leicester were careless in possession early in the second half and goalkeeper Kasper Schmeichel was forced to race from his area to head a high ball clear.

Then more sloppy play from the hosts handed possession to Moyes's men, who carved out a shooting chance for Rodwell, but his effort from just inside the area was charged down.

Then Larsson tried his luck from outside the area but Schmeichel made a comfortable save.

And the Swede took responsibility for a 25-yard free-kick moments later but bent it well over the crossbar.

Sunderland were the more likely scorers as the hour-mark approached and they had a sight of goal with Defoe, who teed himself up for a shot just inside the area but placed it too close to Schmeichel.

A rare Leicester opening came from a corner but a glancing header by Huth gave Pickford an easy save.

The breakthrough came on 69 minutes as Shakespeare's two substitutes combined to devastating effect.

Albrighton found space on the left and delivered an inswinging cross for Slimani, who glanced his effort past Pickford and inside the far post.

Moyes had no such luck with his substitutes as replacement Victor Anichebe rattled the post.

And it was all over on 78 minutes when Albrighton chased a lost cause and crossed for Vardy, who produced a stunning finish.