As it happened: Chelsea 1-0 Manchester United 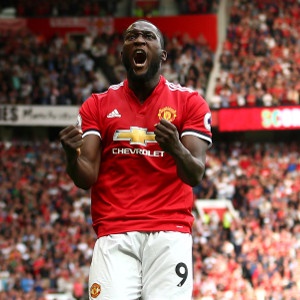 That is all folks, Thank You for choosing Sport24 to catch this English Premiership clash between Chelsea and Manchester United.

94' The referee blows his whistle and brings an end to this encounter!

Rashford with the effort but hits the wall and out for a corner-kick...

90' SAVE! Courtois makes a great save as Fellaini puts the ball on target.

87' Willian comes of for Hazard

85' Chelsea does not seem to have missed David Luis, who is apparently injured...? That is if they keep a clean sheet.

82' Manchester United will need to do something soon if they are to at least get a point out of this encounter.

Chelsea: Drinkwater on for fabregas

75' SAVE! Hazard provides a spark in attack for Chelsea as he runs into space. He then fires at goal where De Gea collects with ease.

74' Fellaini loses control of the ball after and Bakayoko is off with steam towards De Gea... The midfielder puts his laces through the ball but his effort is wide off the target.

71' Fellaini becomes the third United player to be booked this half.

67' The presence of Fellaini already making an impact as he lays the ball off for Rashford.

The 20-year-old strikes his effort at goal but only wins a corner.

65' Chelsea now making a change of their own, with Zappacosta coming off for Rudiger.

Double substitution from Mourinho. Jones is replaced with Fellaini while Mkhitaryan is take off for Martial.

58' United will need to look to the bench as they are finding it difficult to break Chelsea's defence.

Morata rises for a Azpilicueta cross and connects it well enough to bury his chance in the top corner. De Gea unable to save it!

51' Herrera is cautioned with a yellow card

49' Phil Jones enters the book for a wild challenge on Eden Hazard.

41' United lacking attacking prowess however if scores remain goalless, Mourinho would be a happy manager.

39' Alonso slices the ball past Valencia to put a teasing cross in only for Bailly to knock the ball out for a corner.

Fabregas' corner finds Christensen and the young defender sees his header go over the cross bar.

38' - @Anto_V25 does well to rob Alonso of possession before his low cross is cleared by the Chelsea defence. #MUFC #CHEMUN

36' Zappacosta is the latest Chelsea man to try his luck at goal from distance but doesn't strike the ball effectively and it's another easy save for De Gea.

32' Footrace between Rashford and Azpilicueta but the Chelsea-man times his clearance perfectly to knock the ball out.

30' Superb pressure from Young on Zappacosta wins Manchester United a corner but Rashford's delivery is easily headed away at the near post.

A lofted ball from Cesc causes worry in the Man Utd backline but it just evades Morata who was under pressure from Bailly. #CHEMUN

23' United sitting very deep at the moment and struggling to get the ball from Chelsea.

The Blues doing all the attacking in the last 12 minutes.

Still 0-0 after a frantic opening 15 mins at Stamford Bridge.

18' DE GEA! Hazard keeping the United 'keeper busy as the Spaniard paws away a curling effort from the Belgian.

17' Fabregas orchestrating Chelsea's attack here as the ball finds Bakayoko on the edge of the box and the midfielder pulls the trigger. Good save by De Gea!

15' CHANCE! Lukaku now brings a good low save from Courtois.

There's already been more action in this opening 12 minutes than in all of Liverpool-United and United-Spus combined.

Each week of the EPL season, Sport24 will put together a multiple bet which our @betcoza friends will then boost https://t.co/STNFh8PEWR pic.twitter.com/rnuP8aExaq

11' Bakayoko in acres of space to pull the trigger but his effort is high and over the cross bar. Should have at least hit the target.

10' End-to-end stuff here from Chelsea and United at Stamford bridge...

No "parking the bus" yet from either side.

7' CHANCE! Young is out wide after receiving the ball from Lukaku, and whips in a threatening ball into the 18th area for Rashford but pressure from Courtois is enough for the 20-year-old to see his effort go over the netting.

6' Morata with a nudge on Jones in the 18th area as Alonso whips in a cross. Jones' attempted clearance hits the back of his own net but the referee is quick to blow his whistle for a caution.

2' Fabregas takes a short free-kick and lays it off for Kante, who then looks up and lets loose a shot.

It deflects off a red shirt and almost wrong foots De Gea.

Both teams are walking out of the tunnel for the pre-match proceedings...

In United’s camp, Paul Pogba, Michael Carrick, Zlatan Ibrahimovic and Marcos Rojo remain out. Jesse Lingard is also doubtful after he picked up a back injury in mid-week against Benfica.