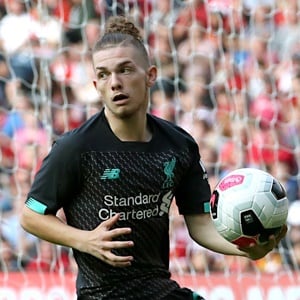 The Snapchat video, taken during the Champions League final in June, shows Elliott, 16, performing an offensive impersonation of the England international.

Elliott took to Instagram to issue an apology, where he admitted his actions were "immature" and "senseless".

"I would just like to wholeheartedly apologise for any offence caused on the back of a video of me currently circulating on the internet," he wrote.

"The contents of the video do not represent who I am as a person or how I've been brought up, and I am truly sorry."

A boyhood Liverpool fan, Elliott made his debut on Wednesday in a 3-1 pre-season victory over Lyon after moving from Fulham last week for an undisclosed fee.

We live in a world where facts and fiction get blurred
In times of uncertainty you need journalism you can trust. For only R75 per month, you have access to a world of in-depth analyses, investigative journalism, top opinions and a range of features. Journalism strengthens democracy. Invest in the future today.
Subscribe to News24
Related Links
Sundowns, Mosimane 'not ready' for start of PSL
Players union says football calendar is harming players
La Liga 'concerned' over federation's weekend only fixture plan
Next on Sport24
Chelsea seek to derail Man City quadruple bid as fans return