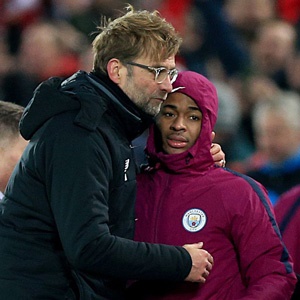 Liverpool are considering the possibility of launching a bid to bring Manchester City forward Raheem Sterling back to Merseyside, according to reports.

The England international left the Reds in 2015 for a fee potentially rising to £49 million after failing to win a trophy in three years at Liverpool.

Since moving to City, Sterling has won two Premier League titles, an FA Cup and three League Cups, while he has scored 89 goals in 230 appearances.

There was a perception that his Anfield departure was fuelled by money, although Sterling has long refuted those suggestions.

Sterling recently praised Liverpool when asked whether he would return and admitted his "love" for the club in a live Q&A on Instagram.

And now L'Equipe (via Sport Witness) claims that Liverpool are 'thinking' about bringing Sterling back to the club once they know how much money they will have in the next transfer window.

City will 'struggle to retain their jewel' if their Champions League ban is upheld as they try to get Sterling to sign a new contract 'in vain at the moment'.

Liverpool 'fear' losing Sadio Mane to Real Madrid this summer and Sterling wouldn't be opposed to a return to Liverpool.

One of Sterling's entourage told L'Equipe: "Even if Raheem is attached to Manchester City, he hasn't forgotten Liverpool, because that's where he became who he is as a man and as a player.

"Of course, there was controversy surrounding his exit, but since then, the time has run its course, and everything is possible."