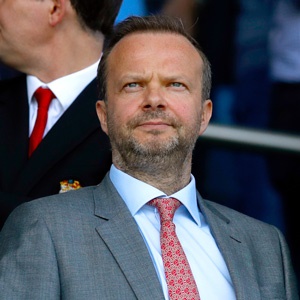 This comes after Neville had commentating duties for Sky Sports and had to witness his beloved childhood club get humiliated 2-0 in a Premier League clash at the hands of their fiercest rivals, Liverpool, at Anfield on Sunday.

In terms of performance, United were nowhere near the level that is expected of the 20-times league champions.

Neville says that he struggles to understand how Woodward remains to stay in a job despite United's failings in player recruitment.

In Woodward's seven-year reign at the club since Sir Alex Ferguson and David Gill's (former executive vice-chairman) departure in 2013, United has managed to spend £850 million on players.

A figure that does not sit well with Neville.

"I can't change the ownership of United, no one can. I'm struggling to understand why the owners have persisted in trusting that management team to oversee the building of a Premier League title-winning team since Sir Alex left," he told the Gary Neville Podcast.

"I saw a statistic two weeks ago that United have the second-highest wage bill in the world. And that’s the squad they’ve got. It's unforgivable. It really is.

"I can’t believe the investment that’s been put into the squad in the last five, six, seven years and you end up with that out on the pitch.

"If you don’t lose your job for essentially overseeing that investment, that wage bill, and putting that team out on the pitch then I have to say something is really wrong.

"There’s real talent in that executive team ... but in terms of what the club needed to do for a number of years now is put the best in class football operators into that club, and they’re not doing it. They’re not doing it and it’s a mess."

Meanwhile, United are currently lagging in 5th place, 27-points behind log leaders Liverpool, and five points off the pace of fourth-place Chelsea.

The Red Devils are back in action on Wednesday against Burnley as the Premier League resumes with midweek action.