Owen was desperate for Reds return

The former England international netted 118 goals in 216 appearances in his eight years at Anfield, prompting Los Blancos to spend £8 million on his services.

Despite impressing - mostly from the bench - in his first season at the Santiago Bernabeu, Owen was keen on a return to the Premier League and he signed for Newcastle in 2005.

In Simon Hughes' revealing new book 'Ring of Fire', Owen said: "At every stage, every summer, I was on the phone to Carra (Jamie Carragher) telling him to find a way to get me back, 'Does Rafa want me?' I'd say. 'Does Kenny want me? Does Brendan want me?'

"It was circumstance that stopped it happening. Whenever I was available, Liverpool had too many strikers. And when Liverpool wanted me, I was injured. By the end, I wasn't the player I had been before and they simply didn't fancy me. I wasn't good enough."

Owen spent four seasons with the Magpies before their relegation saw him make the switch to Manchester United.

"I spoke to Carra and tried to get (Rafa) Benitez to do something. I wanted to try to put it right somehow," he added.

"When it became clear Benitez didn't want to do a deal, I spoke again with (Alex) Ferguson. He was very positive about me. I was 29 years old. Should I have decided to retire there and then?"

After three years at Old Trafford, Owen joined Stoke, where he ended his career in 2013. 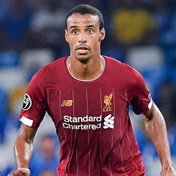