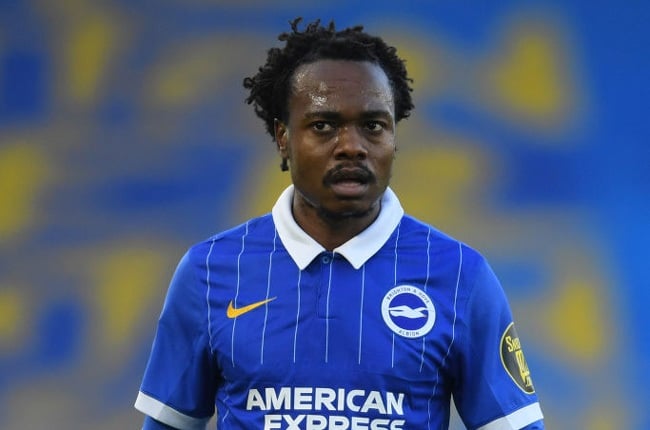 The former Mamelodi Sundowns ace has been sent out on loan at three different clubs in Belgium – Union SG, Club Brugge and Anderlecht - since he signed for Brighton in 2018.

In December 2020, the Seagulls then pulled the trigger on a contractual clause in his loan deal and recalled the 26-year-old.

However, so far, the return has not been a fairy-tale story for Tau.

He did not see many playing minutes and notched up only six appearances (3 Premier League, 3 FA Cup) in the remaining six months of the domestic season.

According to Belgian publication Voetbalkrant, Antwerp are close to securing a deal with Brighton that will see Tau return to the Pro League.

If the move does happen, it will come as a complete shock as the forward recently stated that he does not intend to leave Albion despite struggling for first-team football.

"I want to stay on at the club and fight for my place in the team‚ that's where I stand, and that's where the club stands," said Tau as quoted by the SowetanLIVE.

"I definitely want to stay at the club, and that is the way it is until something different happens. There is not much to report on about my six months at the club because I did not get enough game time.

"Sometimes you go through challenges‚ but I can't change the situation. The only thing I can do is to continue working hard and hope that the manager will select me for more matches.

Meanwhile, Brighton CEO Paul Barber also explained why the Bafana Bafana forward did not get much game time since his return to the club.

"Managers will have different views on players at different times and in different games. In games where Graham [Potter] has thought that Percy [Tau] can play apart from a tactical point of view, he has played him," Barber said.

He added: "I think the most important thing is to remember an adjustment for a player like Percy to the Premier League is massive, and he is still in his first year.

"He would have obviously played in Belgium, which domestically is a much lower level than the Premier League. He has played in the Champions League, so he has bridged the gap between the two.

"But it is one thing playing in Champions League games every couple of weeks to four weeks to suddenly playing in the Premier League every week."

We live in a world where facts and fiction get blurred
In times of uncertainty you need journalism you can trust. For only R75 per month, you have access to a world of in-depth analyses, investigative journalism, top opinions and a range of features. Journalism strengthens democracy. Invest in the future today.
Subscribe to News24
Next on Sport24
Former Roma coach Fonseca in talks with Spurs: reports