Pogba: I'm at Manchester, there will always be rumours 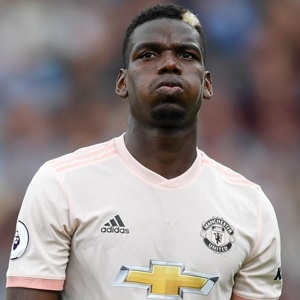 Cape Town - Manchester United midfielder Paul Pogba has played down reports of a January move to Barcelona, although he stopped short of denying a desire to leave.

The 2018 World Cup winner has been the subject of ongoing transfer speculation, with Barca among the clubs linked with his signature.

Pogba did little to cool rumours with what appeared to be subtle criticism of manager Jose Mourinho following United's opening-day win over Leicester.

The France international has now once again hinted that his relationship with Mourinho was not entirely ideal but played down the significance of this.

"Talking about a transfer, I'm under contract," he told Telefoot.

"There have been some little things with the coach, the relationship is always the same - coach and player. We have common goals, which are to win.

"As long as you don't see me in the Barcelona jersey, it's because I'm at Manchester, there will always be rumours."

Although he was not quite as complimentary of Mourinho, Pogba was full of praise for Les Blues boss Didier Deschamps, who he credited for helping him change in a positive way.

"The change in me was made during the World Cup, I needed to become more mature, growing up, it was everything," the 25-year-old said.

"I have a very good relationship with coach Didier Deschamps, he told me about his experience and I took it into account."