The Premier League set a new record for the highest number of goals in a single round of matches on Monday as Manchester City's Gabriel Jesus scored the milestone 44th against Wolves.

After 39 goals were scored across Saturday and Sunday's eight games, City, Wolves and Aston Villa all netted on Monday to surpass the previous Premier League best of 43.

Jesus left it until the very last moment to set the record when he scored in stoppage-time of City's 3-1 win at Wolves.

Earlier in the day, Aston Villa had beaten Sheffield United 1-0.

We live in a world where facts and fiction get blurred
In times of uncertainty you need journalism you can trust. For only R75 per month, you have access to a world of in-depth analyses, investigative journalism, top opinions and a range of features. Journalism strengthens democracy. Invest in the future today.
Subscribe to News24
Related Links
PSG submit Neymar-Alvaro video to league
Guardiola salutes 'incredible' Foden as Man City make winning start
WRAP | English Premiership
Next on Sport24
Proposals for a 'European Premier League' met by backlash 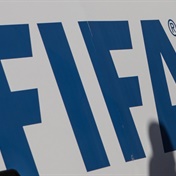