Ranieri will assess Fulham before splashing the cash 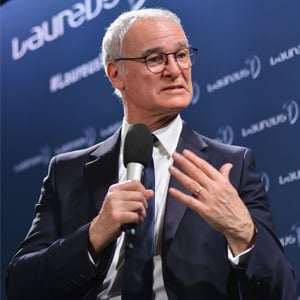 Cape Town - Claudio Ranieri is confident that Fulham will back him with funds in the January transfer window.

The former Leicester City Premier League winner, who was most recently in change of Nantes in Ligue 1, took over at the Cottagers following the sacking of Slavisa Jokanovic last week.

With Fulham bottom of the league standings and with just one win all season, some big changes are needed at the west London side.

The 2017/18 Championship play-off winners spent £100m on 12 new players at the start of the current season, but Ranieri says he will initially look to get the most of what he has before needlessly spending more money.

The Italian manager said: "I spoke with the chairman about this. There are some people that are working (on recruitment) and then they put to me some players.

"They show me the name and after I have to choose who is the right player for us - I am happy with that.

"For now I have to work with these players. I haven't met them all yet because of the international break - but already I love them. I want them to bring their best."

He added: "After, if there is something, I can say to the chairman 'I need another player because I need this kind on the team' - that's another thing.

"I spoke with the chairman about it, and he said to me 'Claudio, if you need something, I am here'. But I said I want to see the players because, when you change the manager, the behaviour in the dressing room also changes.

"Some players maybe didn't play under the former manager, and with the new manager will give more, because maybe there is more feeling between the new manager and the player.

"I believe I have very good players, but now they have to show me the fighting spirit."