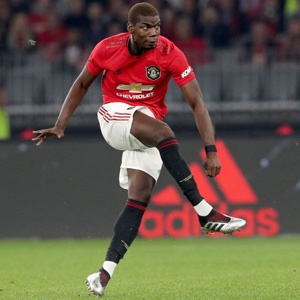 Pogba has come in for criticism recently, with Liverpool legend Graeme Souness making some sort of medal and table-based request of the Frenchman.

Scholes was a first-team mainstay when Pogba first emerged at Old Trafford, effectively impeding the academy product by being really bloody good himself.

And he has been incredibly vocal with regards to the World Cup winner, rather than needlessly critical.

He feels that Pogba "can do everything as a midfield player", much like Liverpool favourite Gerrard.

"I played a bit with Paul and everyone knows the talent he's got," he told the official United podcast.

"He can do everything as a midfield player and you'd probably liken him to Steven Gerrard with the pace, the power, the skill. He can do absolutely everything."

We live in a world where facts and fiction get blurred
In times of uncertainty you need journalism you can trust. For only R75 per month, you have access to a world of in-depth analyses, investigative journalism, top opinions and a range of features. Journalism strengthens democracy. Invest in the future today.
Subscribe to News24
Related Links
Teenager Davies extends Bayern Munich deal
Belgian Pro League delays decision to end season
Maphangule: 'Rulani is a good coach who is experienced'
Next on Sport24
Solskjaer hails Bruno Fernandes as Man United star downs Liverpool