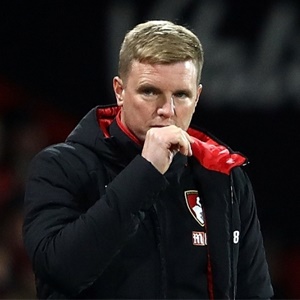 Cape Town - The first Premier League clash of 2018 saw an exciting end-to-end encounter between Brighton and Bournemouth which resulted in a 2-2 draw on Monday.

The hosts got off to a flying start as they needed only five minutes to take the lead at the Amex Stadium. They cut through the opposition defence before Jose Izquierdo sent the ball back across the face of goal to pick out Anthony Knockaert, who produced a simple finish to open he scoring.

Albion were buzzing after hitting the front and gave visiting goalkeeper Asmir Begovic a fright in the ninth minute when Izquierdo cut inside from the left to unleash a shot from 30 yards, only to see it go just wide of the far post.

As the first half wore on, Eddie Howe's men found some joy in midfield and started looking more threatening in the final third. Jordon Ibe gained possession deep in opposition territory and beat his marker before lashing a strike at goal, but Mat Ryan was on hand to parry it away.

The visitors were finally rewarded for their industry in the 33rd minute. Former Brighton man Cook rose high to get his head on Ibe's corner  and was able to loop the ball over the goalkeeper and into the far corner of the net to equalise.

The teams went into the dressing rooms level, but that soon changed as Brighton restored their lead early in the second half. Simon Francis was dispossessed on the halfway line, Pascal Gross put a pass through for Izquierdo, and he squared it for Murray to chip into the back of the open goal.

The Cherries came agonisingly close to levelling matters again when Ibe beat two Brighton defenders before drilling a low shot at goal. The attempt came off the post and ricocheted off Ryan before going inches wide of the goal.

The second equaliser arrived in the 79th minute after a quintessential goalmouth scramble. Brighton failed to clear the ball on a number of occasions during the chaos, but the ball instead bounced off players in the box before eventually falling for Wilson, who directed it past a helpless Ryan to salvage a point.

Related Links
Silva signs for Leicester to end long-running saga
Salah set to kick off Africa's year with award
Schedulers are against us, says Wenger
Share
Next on Sport24
West Ham frustrated by Newcastle draw