Manchester - His team had been sucker-punched by Arsenal, but Manchester United manager Jose Mourinho could not resist one last dig at his opposite number Arsene Wenger.

"Finally, I lost against Arsene," Mourinho declared as he left the Old Trafford press conference room following a 1-1 draw he said felt "like a defeat".

"Finally, I lost against Arsenal."

Saturday's result in fact extended Mourinho's unbeaten run against Wenger's Arsenal to 12 league games, but that was of little consolation after a contest United dominated.

Juan Mata gave them a deserved 69th-minute lead, but with a minute to go, substitute Olivier Giroud headed in an equaliser with Arsenal's first effort on target.

It has become a recurring theme for United, who have drawn three consecutive home games in the league for the first time since April 1992.

Maddeningly, in those three games -- a 0-0 stalemate with Burnley and 1-1 draws against Stoke City and Arsenal -- they have had a total of 74 attempts at goal to their opponents' 19.

Mourinho, though, believes it is only misfortune that is keeping his team from the Champions League places.

"At this moment, we all know internally we are the unlucky team in the Premier League," said Mourinho, who was missing injured centre-backs Chris Smalling and Eric Bailly and the suspended Zlatan Ibrahimovic.

"We just focus on Burnley, Stoke and Arsenal -- nine points, easily. If we have six points more, we are top four and close to the top of the league.

"We have a lot of work to do, we know that. We have lots of kids that are mistake-prone. We also know we have some amazing players that turn 33, 34.

"We know that other teams are prepared with much different conditions.

"Chelsea and Liverpool don't play in Europe. They have one week to work, to rest, to prepare.

"If you remember what Brendan Rodgers did with Liverpool two seasons ago, also in a season where Liverpool didn't have Europe, they're in a privileged position to improve their teams.

"The level and experience of Man City. We are in a very difficult Premier League. I know, the players know, the board knows, the owners know. By the reaction of the Man United fans, they know.

"We are very confident. We are very, very, very happy with our work and better results will arrive, for sure."

Mourinho stopped short of naming names, but the "mistake-prone" comment was a reference to Marcus Rashford, left for dead by Alex Oxlade-Chamberlain in the build-up to Arsenal's equaliser.

Wenger praised Arsenal's "never-give-up attitude", but he could not explain why it took them until the 89th minute to threaten David de Gea's goal.

"Had we a mental block here because for a while it didn't go well for us?" Wenger said to reporters.

"Was it fatigue or a mental switch-on problem after the international break? Some players came back late on Thursday and we travelled on Friday morning and played on Saturday morning.

"It's short, but I don't think it's an explanation. I felt that Man United defended very well as well."

The game's main point of contention arrived in the 35th minute, when Antonio Valencia nutmegged Nacho Monreal and then went down as the Arsenal left-back threw his arm across him.

Referee Andre Marriner waved United's appeals away and although he made his anger clear on the touchline, Mourinho refused to criticise the official after the game.

"My view was it was not a penalty," Wenger said. 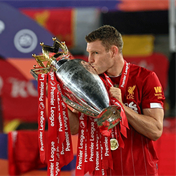