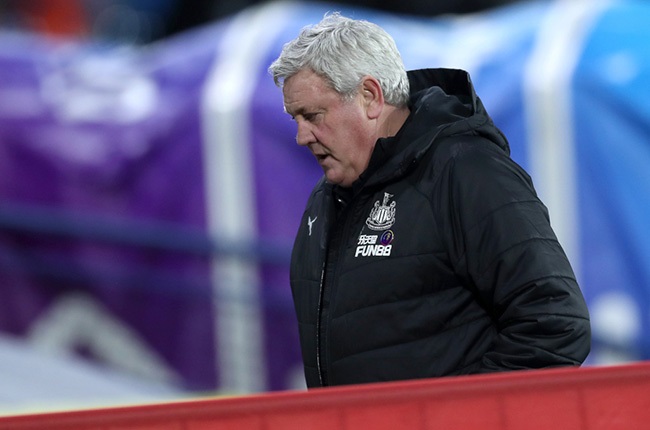 Steve Bruce feels the recent criticism levelled at his Newcastle side by fans is over the top – for a team whose chief aim is to survive in the Premier League.

Magpies manager Bruce and his players have come under fire after some bad results in the past fortnight, most notably their disappointing Carabao Cup quarter-final loss to Sky Bet Championship club Brentford last Tuesday.

In all competitions, Newcastle have now gone four games without a win after they were also beaten 2-0 at Manchester City in the Premier League on Boxing Day.

Bruce has called on supporters to be more realistic about their position.

Bruce said: "We had a bad week and some of the mass hysteria was, in my opinion, unjust and unfair. A lot of it was not right. I'm probably going to say that but it's my opinion.

"All the fans are like we are, we have to accept where we are. It is as pretty straightforward as that.

"My remit is to make sure we stay and remain a Premier League outfit. That is what I will try to achieve. That is where we have been for the last three or four years.

"Of course, for Newcastle, in a lot of people's eyes, that isn’t going to be enough but that is where we are at the moment. We have to accept it and keep, as I have said many times, trying to move it forward."

We live in a world where facts and fiction get blurred
In times of uncertainty you need journalism you can trust. For only R75 per month, you have access to a world of in-depth analyses, investigative journalism, top opinions and a range of features. Journalism strengthens democracy. Invest in the future today.
Subscribe to News24
Related Links
Mourinho bemoans Spurs' lack of ambition in Wolves draw
Late Wolves equaliser extends Spurs slump
Liverpool stumble as West Brom snatch shock draw
Next on Sport24
Man City stride clear, Brighton undone by refereeing chaos and missed penalties