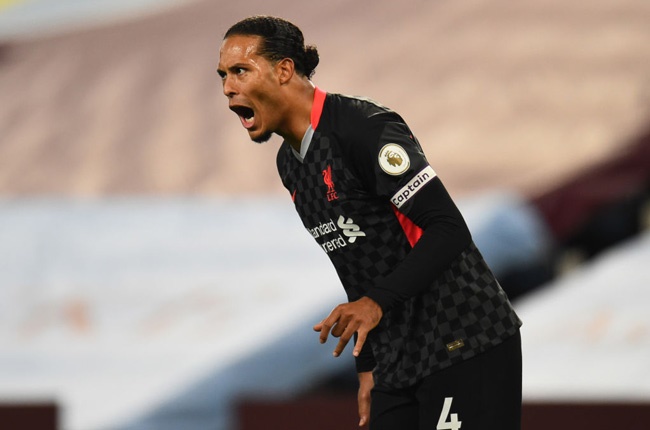 The club did not say for how long the 29-year-old central defender would be out.

Van Dijk, who was pivotal in both Liverpool's Champions League success in 2019 and their title triumph last season, suffered cruciate ligament damage after a tackle from Everton goalkeeper Jordan Pickford earlier this month.

"Virgil van Dijk has undergone surgery on the knee ligament injury he sustained earlier this month," read a club statement.

"The Liverpool defender's planned operation took place in London and was conducted successfully.

"Van Dijk will now immediately focus on the beginning of his rehabilitation with the support of the Reds' medical department.

"No timeframe has been placed on the Dutchman's return to action."

Reds coach Jurgen Klopp, at his press conference on the eve of their Premier League home game with West Ham, said Van Dijk was doing okay.

"This time (after a operation) is always unpleasant. He is good as good as can be," said Klopp.

Joel Matip has missed the last three games injured and makeshift centre back Fabinho limped off in the first half of Tuesday's Champions League win over Midtjylland with what is believed to be hamstring injury.

"Fab (Fabinho) is not in, he has a little injury," said Klopp.

"He's out for the weekend and slightly longer but all the others are in contention."

We live in a world where facts and fiction get blurred
In times of uncertainty you need journalism you can trust. For only R75 per month, you have access to a world of in-depth analyses, investigative journalism, top opinions and a range of features. Journalism strengthens democracy. Invest in the future today.
Subscribe to News24
Related Links
Arsenal and Man United clashes no longer title deciders - Solskjaer
Clubs grumble as Bundesliga goes back behind closed doors
Frank Lampard rejects claim he doubted Christian Pulisic
Next on Sport24
Antonio Rudiger more optimistic about Chelsea future