Wan-Bissaka: Rashford has been good for me 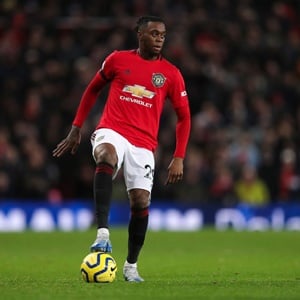 Rashford is the Red Devils' top goalscorer this season with 19 goals in all competitions, while Wan-Bissaka has impressed - especially defensively - in his first season at Old Trafford.

And Wan-Bissaka thinks his game has improved from playing against England international Rashford in Man Utd training.

He told Man Utd's official website: "He's just so unpredictable. When I first joined United and came up against him in training, he was doing things that I just really didn't expect.

"I thought he'd go a certain way and he'd go the other way, or I thought he was about to do one thing and he did another, so he’s really tricky to play against. I enjoy that though; it's been really good for my own development to test myself against him and the other attackers we have at the club."

When asked which player from Man Utd's past he would most like to play alongside now, Wan-Bissaka added: "There have been a lot, but I'll say Paul Scholes. I always enjoyed watching him, particularly his technique and his composure on the ball, but his finishing was special.

"I always used to really like watching him playing for United and he’d be great to play alongside."

We live in a world where facts and fiction get blurred
In times of uncertainty you need journalism you can trust. For only R75 per month, you have access to a world of in-depth analyses, investigative journalism, top opinions and a range of features. Journalism strengthens democracy. Invest in the future today.
Subscribe to News24
Related Links
Neville predicts serious contract problems
PICS | CT City donated 1000 medical masks to help curb coronavirus
Fernandes: Pogba is still one of the best
Next on Sport24
Wilder reveals Lundstram has rejected new Sheffield United deal