Tokyo - Japan has appointed Mexican Javier Aguirre as the new head coach of the national team.

The Japan Football Association made the appointment on Thursday, with the 55-year-old Aguirre replacing Alberto Zaccheroni, who coached the team to a disappointing group-stage exit at the World Cup.

Aguirre guided Mexico to the round of 16 at the World Cup in 2002 and 2010, and most recently was coach of Spanish club Espanyol last season, with the Barcelona club finishing 14th.

Aguirre's first task will be to prepare Japan for the 2015 AFC Asian Cup in Australia in January, and then qualification for the 2018 World Cup.

We live in a world where facts and fiction get blurred
In times of uncertainty you need journalism you can trust. For only R75 per month, you have access to a world of in-depth analyses, investigative journalism, top opinions and a range of features. Journalism strengthens democracy. Invest in the future today.
Subscribe to News24
Related Links
Japan play hardball with target Aguirre
Next on Sport24
Nurse was last person to see Maradona alive - prosecutors 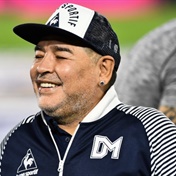