Barcelona - Lionel Messi will be going nowhere as long as Sandro Rosell is in charge at Barcelona, the Catalans' president has said on Thursday.

"As long as I'm president of Barca, everything will be done that is possible and even impossible so that Messi stays at the club," said Rosell at an event to present a partnership with American electronics giant Intel.

"It is extremely difficult, not to say impossible, that Messi will leave the club."

Four-time Ballon D'Or winner Messi is currently injured and out of action until January.

He is under contract until 2018, which will take him almost up to his 31st birthday.

But speculation about Messi's future was sparked on Tuesday by Barca's economic vice-president Javier Faus's assertion that they did not need to renegotiate his contract.

"Why? His contract was only renegotiated six months ago," said Faus in an interview with Rac1 radio station.

According to media claims in Spain, Messi has a €250 million buy-out clause, although teams that could afford that are few and far between.

The rumours about a possible renegotiation seem to stem from a question of salaries.

Cristiano Ronaldo signed a new contract at Real Madrid in September allegedly making him the highest paid player in Spain, according to Sports newspaper Marca, on €17 million a season, with Messi supposedly being paid only 16 million euros, according to Forbes magazine. 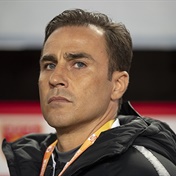