Berlin - Sierra Leone's football association has suspended all matches in the country because of the Ebola outbreak, the BBC reported on Monday.

The decision came after the nation's President Ernest Bai Koroma last week declared a public health emergency in the country.

The emergency could last up to three months and endanger Sierra Leone's participation in the group stage of qualifying for the 2015 Africa Cup of Nations.

Sierra Leone are to play away at Ivory Coast on September 5 or 6 before they are to host Democratic Republic of Congo on September 10.

"We're hoping that the Ebola disease would be contained before our home game against DR Congo and we'll be able to play them in Freetown. But if the situation doesn't improve, the suspension will remain in place and we'll have to look out for a neutral venue," the BBC quoted local football official Abu Bakarr Kamara as saying.

The African football confederation said it planned to reach a decision "in due time."

Sierra Leone advanced into the group stage after Seychelles forfeited the second leg of their tie on advice of its health ministry.

We live in a world where facts and fiction get blurred
In times of uncertainty you need journalism you can trust. For only R75 per month, you have access to a world of in-depth analyses, investigative journalism, top opinions and a range of features. Journalism strengthens democracy. Invest in the future today.
Subscribe to News24
Related Links
Seychelles forfeit AFCON tie
Ebola fears at Games
Next on Sport24
Liga president Tebas hopes for fans' return in January 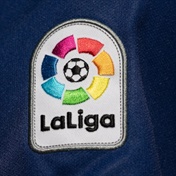