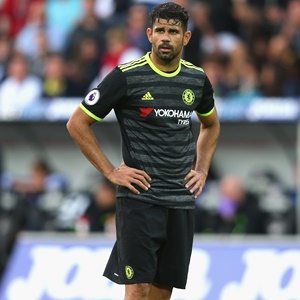 Cape Town - AC Milan CEO Marco Fassone has refused to comment on the possibility of signing Diego Costa, despite admitting they met with the Chelsea striker's agent.

The Brazil-born Spain international has been deemed surplus to requirements by Blues boss Antonio Conte, who left him out of the pre-season touring party to Asia.

Costa is keen to rejoin Atletico Madrid, although a transfer ban prevents the Spanish club from making a move for their former player until January at the earliest.

The Rossoneri, meanwhile, are undergoing a rebuilding process ahead of their return to European competition, with the Serie A outfit's new owners funding a spending spree that has seen 10 new faces arrive at the San Siro since the transfer window opened.

Milan were told to look elsewhere in their pursuit of Torino hitman Andrea Belotti, and when asked about Costa, Fassone only revealed that there had been contact with his agent, Jorge Mendes.

"I would prefer to avoid talking about players from other teams; Diego Costa is a great player, but a Chelsea player," he told Sky Sports.

"We went to see Jorge Mendes; there is a lot you can talk to him about. Costa is a great player but he is of Chelsea. That's all."

Meanwhile Antonio Conte has admitted that the one striker he truly covets is Tottenham frontman Harry Kane.

The Chelsea boss, who signed Real Madrid's Alvaro Morata for £58m, as Diego Costa's future at the club remains uncertain, revealed in no uncertain terms his admiration for the 23-year-old England striker.
We live in a world where facts and fiction get blurred
In times of uncertainty you need journalism you can trust. For only R75 per month, you have access to a world of in-depth analyses, investigative journalism, top opinions and a range of features. Journalism strengthens democracy. Invest in the future today.
Subscribe to News24
Related Links
Unwanted Diego Costa shines with Spain
Costa not in Conte's plans and told to leave Chelsea
Costa will only leave Chelsea for Atletico
Next on Sport24
Ibrahimovic in talks about restarting international career: Swedish FA