Austria allows fans back for next Bundesliga season Austria's football league announced Thursday fans would be allowed in stadiums when the Bundesliga's next season kicks off in mid-September though numbers will be limited to 10,000 and visiting teams' supporters will be excluded.

Bulgaria, likewise, is allowing spectators when the new season starts on Friday, as long as they fill up just half of stadiums' capacities.

The Balkan nation had banned fans last month amid a spike in new coronavirus infections, and after spectators largely broke distancing rules at the Bulgaria Cup final on 1 July.

In Austria, there is a cap of 10,000 stadium attendees including security personnel and others.

And clubs will not allocate any space to fans of visiting teams, Bundesliga head Christian Ebenbauer said.

The move is aimed at limiting numbers and travelling within the country though supporters can still buy their own individual tickets.

"Football thrives on emotions, not only on the pitch but also on the stands. So it wasn't an easy decision for clubs to take, to allow as many home fans as possible and to do without visiting clubs' fans during the coronavirus restrictions," he said in a statement.

The Bundesliga season kicks off on 11 September.

The last season - halted by the pandemic for more than two months - resumed in June but with matches played behind closed doors, with RB Salzburg claiming a seventh successive title.

Salzburg is one of three clubs able to host up to 10,000 people. The other two are Rapid Vienna - which Thursday announced a second case of coronavirus infection among its players - and Sturm Graz.

Meanwhile, SV Mattersburg on Thursday announced insolvency -- not linked to the new coronavirus pandemic but a banking scandal at its main owner, allowing WSG Tirol to remain in the Bundesliga. 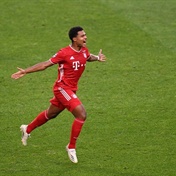