Bale back training to boost Real 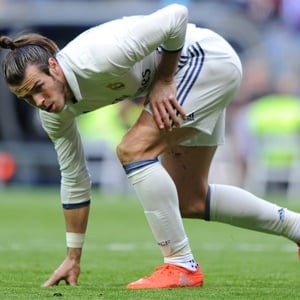 Zinedine Zidane's European and Spanish champions have lost two in a row, following up last weekend's La Liga reverse at minnows Girona with being comprehensively outplayed by Tottenham in the Champions League on Wednesday.

"The big news is the return to the squad of Gareth Bale, who completed the whole training session with his team-mates, said Real on their website.

The 28-year-old had been out since the end of September with a calf injury.

Varane has had a groin problem while Carvajal was suffering from a virus.

Real's next match is a Liga encounter at home to Las Palmas on Sunday night.

We live in a world where facts and fiction get blurred
In times of uncertainty you need journalism you can trust. For only R75 per month, you have access to a world of in-depth analyses, investigative journalism, top opinions and a range of features. Journalism strengthens democracy. Invest in the future today.
Subscribe to News24
Related Links
Guardiola: Man City aren't new Invincibles
Wenger vows Arsenal will attack Man City
Lukaku: I'm not finished article
Next on Sport24
BREAKING | Neymar extends PSG contract to 2025