Paris - Karim Benzema claimed Wednesday that he was a victim of "persecution" in the sex-tape blackmail case which has rocked French football.

"They are accusing me, they are dragging my name through the mud as if I was a criminal. These are horrible things."

Benzema, 27, has been charged with complicity to blackmail and conspiring to commit a criminal act for his alleged participation in a blackmail case involving international teammate Mathieu Valbuena over a sex-tape.

Earlier, Benzema said his go-between role in the case had been misunderstood.

"I spoke with the heart with Mathieu Valbuena. When I heard about blackmail, that we demanded money, it makes me mad -- I don't need money," Benzema added in his TV interview, his first public statement on the scandal.

"I do not know the blackmailers."

The blackmail case began in June, when Valbuena lodged a complaint with police after being telephoned by a man who said he had the sex tape.

Four men, including a friend of Benzema, Karim Zenati, were charged.

Benzema is alleged to have approached Valbuena about the images at a France national training camp on October 5.

The former Lyon star says he had no need of money nor did Zenati, as he was employed in one of Benzema's companies.

A police telephone tap however on Benzema and his calls to Zenati cast doubts on their attitude.

"I'm mad with myself for having talked that way on the phone, we went too far," Benzema said of comments that appeared to mock Valbuena.

On the wire tap, Benzema added: "I am sorry I made a joke with my friend. I apologise to him (Valbuena) and his family."

The scandal is a serious distraction to France before they host Euro 2016 -- Benzema is forbidden to have any contact with Valbuena, 31, and neither was called up for France's recent friendlies against Germany and England.

In sporting terms Benzema is seen as France's top striker, but Les Bleus have a wealth of other attacking options and a record of leaving trouble-makers out of squads for international tournaments. 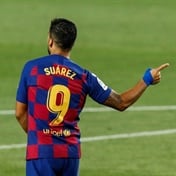