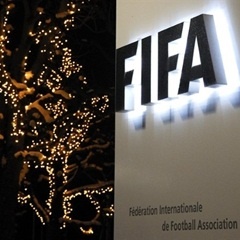 Johannesburg - Charles Blazer, the US soccer administrator whose enforced and self-incriminating admissions lifted the lid on the scandal-wracked excesses within international football federation Fifa’s leadership, died this week aged 72 after a long battle with cancer.

In 2011, Blazer was hailed as a whistle-blower after reporting to the world federation how Caribbean officials were handed cash-stuffed envelopes in Port of Spain, the capital city of the Republic of Trinidad and Tobago, at a conference to raise support for the Fifa presidential campaign of Qatar’s Mohamed bin Hammam.

At the time, Blazer was the general secretary of Concacaf, the confederation governing football in North and Central America and the Caribbean. Jack Warner, a Trinidadian, was Concacaf president. The pair had worked closely for 20 years.

But admiration for Blazer did not last long. Following a damning internal probe into corruption in football, Warner resigned from all positions in international football in 2011, and, in 2015, was banned from the sport for life.

Investigations uncovered how he and Blazer had cashed in on their work to the tune of millions of dollars. In December 2012, Blazer resigned as general secretary of Concacaf, although he remained a member of the Fifa executive committee until July 2013, when he was banned provisionally for 90 days from all football activities.

In 2015, Fifa banned him for life. It was a sad ending to his earlier record, when Blazer had worked hard to promote and develop the sport in the US. He was instrumental in bringing the World Cup there for the first time in 1994.

In the fallout after the Concacaf scandal, it emerged that Blazer had not made any personal or corporate tax declarations for years. Under pressure from the FBI and the US Internal Revenue Service, he lifted the lid on the crooked web operated by many Fifa executives, and on some of his colleagues within Concacaf and the South American confederation, Conmebol.

These revelations led to the dramatic arrests of seven senior football executives on the eve of the Fifa congress in Zurich in May 2015, and to the Fifagate probe into collusion between Concacaf and Conmebol officials and sports marketing executives.

Fifagate has seen more than 40 people – including Warner and his two sons – and companies charged with corruption offences amounting to more than $200 million (R2.6 billion) having been skimmed off football sponsorship and broadcasting contracts in the Americas.

Blazer made the most of his power, celebrity and wealth. He established Concacaf in Trump Tower on New York’s affluent Fifth Avenue, where he also had two apartments of his own. One he shared with his pet parrot, Max, and one was, for years, reserved for his girlfriend’s cats.

He kept a vintage Mercedes-Benz parked in Fifa’s garage in Zurich, but, in later years, he grew so corpulent that he could move around only with the use of a mobile scooter. It was while heading to one of his favourite New York restaurants that his excursion and career were brought to a halt by FBI and revenue service agents.

The high point of Blazer’s Fifa tenure was his rise to chairmanship of the crucial marketing and TV committee, which negotiated the deals on which the finances of the soccer World Cup and Fifa depended. In that role, he championed the controversial executive vote to run bidding simultaneously for the 2018 and 2022 World Cups. The decision may have paid off in the short term, but the political damage proved financially catastrophic as potential sponsors vanished.

Ironically, Blazer once named his football idol as João Havelange, the former long-serving Fifa president, calling him “a majestic symbol of elegance in our sport”.

We live in a world where facts and fiction get blurred
In times of uncertainty you need journalism you can trust. For only R75 per month, you have access to a world of in-depth analyses, investigative journalism, top opinions and a range of features. Journalism strengthens democracy. Invest in the future today.
Subscribe to News24
Related Links
Brazil become first team to qualify for World Cup
A 48-team World Cup, but who can host it?
Bafana should be an oasis of excellence
Next on Sport24
German FA investigates Union Berlin defender over racism allegation