Boateng not keen on England return, wants PSG or Juve Cape Town - Bayern Munich defender Jerome Boateng is reportedly not interested in making a return to the Premier League and would prefer a move to Italy or France.

The former Manchester City defender has slipped down the pecking order at the Allianz Arena, with Mats Hummels, Nicklas Sule and Javi Martinez all ahead of him.

Boateng has won everything in Germany since returning to the Bundesliga with Bayern in 2011, but now the 30-year-old is likely to depart in the summer.

Manchester United and Arsenal are both reported to have interest in acquiring the Germany international to help help their leaky defences.

However, Boateng is apparently unwilling to go back to English football, after leaving City following just one season at the club in 2010-11.

He has also thought to have indicated that the two moves he would be most happy with would be either a switch to PSG or Juventus – two clubs who, like Bayern, have dominated their domestic leagues over the past few years.

He has just one year left on his Bayern deal and could be available for a little as £15 million. 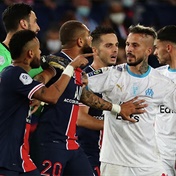