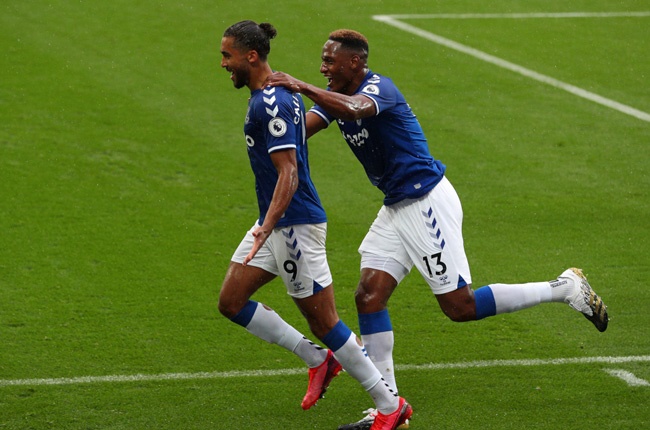 The 23-year-old's nine goals so far this season, including two hat-tricks, have earned him a first call-up to Gareth Southgate’s squad and he is set to make his debut over the next week with matches against Wales, Belgium, and Denmark.

No-one has scored more Premier League headers than Calvert-Lewin since the start of last term and his aerial threat has become a key part of his game.

But Sharp, who is second only to Dixie Dean in terms of Everton goals scored (160 in 447 matches), reckons there is much more to the former Sheffield United trainee’s game.

“When you look at the kind of striker he is, England have Harry Kane and there is not a lot after that,” Sharp told the PA news agency.

“Dominic gives you something else and the fact he has got a fantastic spring in the air, he gets unbelievable height, they can use to their advantage.

“Harry Kane is in possession of the jersey now and rightly so, but Dominic will push him all the way.

“He has to make a start somewhere and he knows himself Harry Kane is in possession of that shirt – and quite rightly so – but Gareth Southgate might change his tactics and go two up front, you never know.

“But Dominic will go there knowing what an opportunity it is for him in these two weeks to stake a claim for Harry Kane’s shirt if he gets injured.

“But it would be good to have a back-up for Harry and Dominic can certainly do that.

Scoring Premier League goals is never a guarantee of success at international level as opportunities to play regularly are limited and chances on the pitch are often even more remote.

Sharp himself was a victim of the competition for places up front for Scotland, scoring just once in only 12 appearances between 1985 and 1988, despite being a two-time league champion with Everton during that period.

He believes the modern game affords slightly more openings and believes that could help Calvert-Lewin seize his chance.

“In my situation I struggled to play, I was in squads but didn’t really get the opportunity to play regularly,” he added.

“The same applies to Dominic but if he replaces or plays alongside Kane he will improve.

“He has done it with the under-21s, but it is not as if he is in European competitions, the Champions League, year in year out, but hopefully that is something he will get in the future.

“He will find it tougher, but some people adapt to it very quickly and I don’t think he will be fearful.

“International football is different, there aren’t as many chances. It is a big step up to the senior team but hopefully he will be able to do that – he thoroughly deserves it.”

We live in a world where facts and fiction get blurred
In times of uncertainty you need journalism you can trust. For only R75 per month, you have access to a world of in-depth analyses, investigative journalism, top opinions and a range of features. Journalism strengthens democracy. Invest in the future today.
Subscribe to News24
Related Links
OPINION | Too soon to call for Ole Gunnar Solskjaer's head?
Giroud opens up on future plans: I won't deny myself anything
Liverpool star Wijnaldum breaks silence on Barcelona link
Next on Sport24
Clasico still the biggest game in the world, says La Liga president Tebas 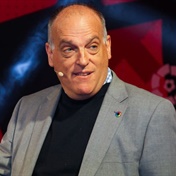