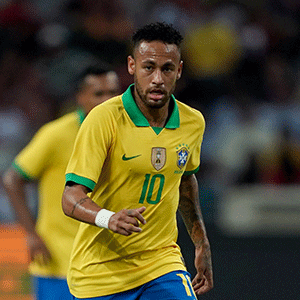 Concacaf chief Victor Montagliani said Wednesday the disruption caused by the coronavirus pandemic would likely force changes to the structure of the region's qualifying competition for the 2022 World Cup.

In an interview with Canada's Onesoccer.com website, Montagliani said he expected Concacaf's traditional "Hexagonal" final round of qualifying would have to be scrapped under the reforms.

For the 2018 World Cup, six teams played in a home-and-away round-robin group with the top three teams from North America, Central America and the Caribbean qualifying directly for the finals in Russia and the fourth place team entering a playoff.

However Montagliani said the global sporting shutdown caused by the Coviv-19 pandemic would likely mean the loss of important FIFA international windows ahead of the 2022 World Cup, meaning reforms to the qualifying structure were inevitable.

"I think on the balance of probabilities in terms of what has happened so far, and what likely will continue to happen, the current World Cup format will have to be changed," Montagliani said.

"Which means that ultimately the 'Hex' will have to be changed into some other form."

"Obviously it will be bigger, but what that number is I don't know until we have a calendar," he said.

"Because even on some of the modelling that my competitions guys are working on in their basements right now, depending on what this calendar looks like, whatever you've thought of you might have to redo that."

Montagliani said however he expected FIFA rankings would be used to help formulate preliminary rounds of qualifying.

"You're going to have to use FIFA rankings to start somewhere because that's the reality of our confederation and in terms of having 35 teams," he said.

We live in a world where facts and fiction get blurred
In times of uncertainty you need journalism you can trust. For only R75 per month, you have access to a world of in-depth analyses, investigative journalism, top opinions and a range of features. Journalism strengthens democracy. Invest in the future today.
Subscribe to News24
Related Links
Inter Miami among MLS clubs making careful return to training
League-by-league guide to European football's coronavirus shutdown
Bundesliga to restart on 15 May after Merkel gives go-ahead
Next on Sport24
Ibrahimovic in talks about restarting international career: Swedish FA