Paris - This Wednesday marks 100 days to go until the start of Euro 2020, but as preparations are fine-tuned for the first European Championship to be played across the continent, the coronavirus outbreak could pose a potentially serious threat to the tournament itself.

UEFA say all venues and transport links are ready, that demand for tickets is through the roof, and there are no obvious security worries. Except for the coronavirus outbreak, with its unknown potential consequences, which could cast a shadow over the entire event.

Most matches in Italy's Serie A were called off at the weekend with the country the hardest hit by the outbreak in Europe, with 52 deaths and more than 2,000 cases as of Monday.

Meanwhile, neighbouring Switzerland - with 24 confirmed cases - on Monday announced the postponement of all games in its top two divisions until the end of March.

"The health of persons is much more important than any football game," insisted FIFA president Gianni Infantino at the weekend.

"I think we all hope that this can be contained, but of course we will take advice, but it's got to be health first, sport second," Football Association of Wales chief executive Jonathan Ford told the UK's Press Association. Wales are due to play Italy in Rome at the Euros.

The coronavirus crisis was raised at an executive committee meeting of European football's governing body in Amsterdam on Monday, but UEFA is remaining calm over the possible repercussions for Euro 2020.

"UEFA is in touch with the relevant international and local authorities regarding the Coronavirus and its development," it told AFP.

"For the moment, there is no need to change anything in the planned timetable. The issue will be kept under constant scrutiny."

The opening match is due to take place in Rome on Friday, June 12, with Italy facing Turkey.

UEFA says it has received more than 28 million requests for match tickets, a figure it says is more than double the number for Euro 2016.

However, if the outbreak continues to spread, some fans may think twice about travelling to games, even if everything is ready to welcome them.

Of the 12 venues, only the Puskas Arena in Budapest has been newly built, the stadium in the Hungarian capital officially opening in November. Wembley in London will be the venue for the semi-finals and final.

On the field, the carrot of playing in the final on home turf is dangling over England, with Gareth Southgate's side among the tournament favourites.

They were hugely impressive in qualifying, but since then injuries and a loss of form to key players have raised some doubts.

Harry Kane and Marcus Rashford could miss the rest of the season with their clubs due to long-term hamstring and back injuries respectively, while Raheem Sterling has yet to score in 2020.

Southgate, who will attend the draw for the next UEFA Nations League in Amsterdam on Tuesday, also has a big call to make in goal with Everton's Jordan Pickford struggling for form.

One of the few leading nations who will not host matches, World Cup holders France also have problems, with Chelsea midfielder N'Golo Kante's season notably ravaged by injuries.

France are in the same group as Germany, who are hoping to bounce back from their 2018 World Cup disaster with a squad that has been considerably freshened up.

While Spain look to rediscover the form that allowed them to win back to back Euros in 2008 and 2012, holders Portugal will hope to get one last song out of the 35-year-old Cristiano Ronaldo.

Meanwhile, Belgium and a rejuvenated Netherlands - who will play group games in Amsterdam - may fancy their chances of going all the way.

Of the 24 qualifying spots, the last four will be decided by the Nations League play-offs later this month. 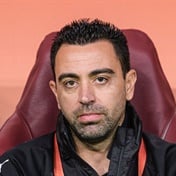