Diego Costa was left out of the Spain squad announced by coach Luis Enrique on Thursday, ahead of games against Wales and England.

Alvaro Morata was also included despite failing to score for Chelsea since the last international break.

Barcelona defender Jordi Alba, a surprise absentee from Luis Enrique's first squad, was again left out. Luis Enrique denied Alba's exclusion was due to any personal disagreement dating back to his time in charge of Barcelona.

"Personal reasons do not come into it for me," Luis Enrique said. "I have done it for professional reasons, there are many players out of this list who deserve to be in."

Spain play Wales in a friendly in Cardiff on October 11 before facing England in the UEFA Nations League on October 15 in Seville. 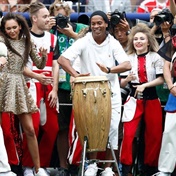