Greek Cup final set to be postponed due to virus

The Greek Cup final on 23 May is likely to be postponed after the semi-finals set for later this month were put on hold by the country's football association on Thursday due to the coronavirus pandemic.

Holders PAOK Thessaloniki have a 3-2 first-leg lead over record 27-time winners Olympiakos, with the return match originally scheduled for 23 April.

AEK Athens lead Aris Thessaloniki 2-1 before their return match which had been planed for a day earlier.

A ban on sporting activities as part of a nationwide lockdown is in force until at least 27 April.

Meanwhile, sports undersecretary Lefteris Avgenakis called on professional football, basketball and volleyball teams to give free season tickets to doctors and nursing staff in the public health system who are battling against the virus.

"This is a minimal sample of respect to their sacrifices in the front line of our country's fight against the coronavirus amid serious difficulties and risks, even for their lives," Avgenakis said.

Greece has officially reported more than 1,750 confirmed virus cases and over 70 fatalities. 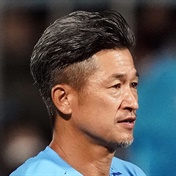